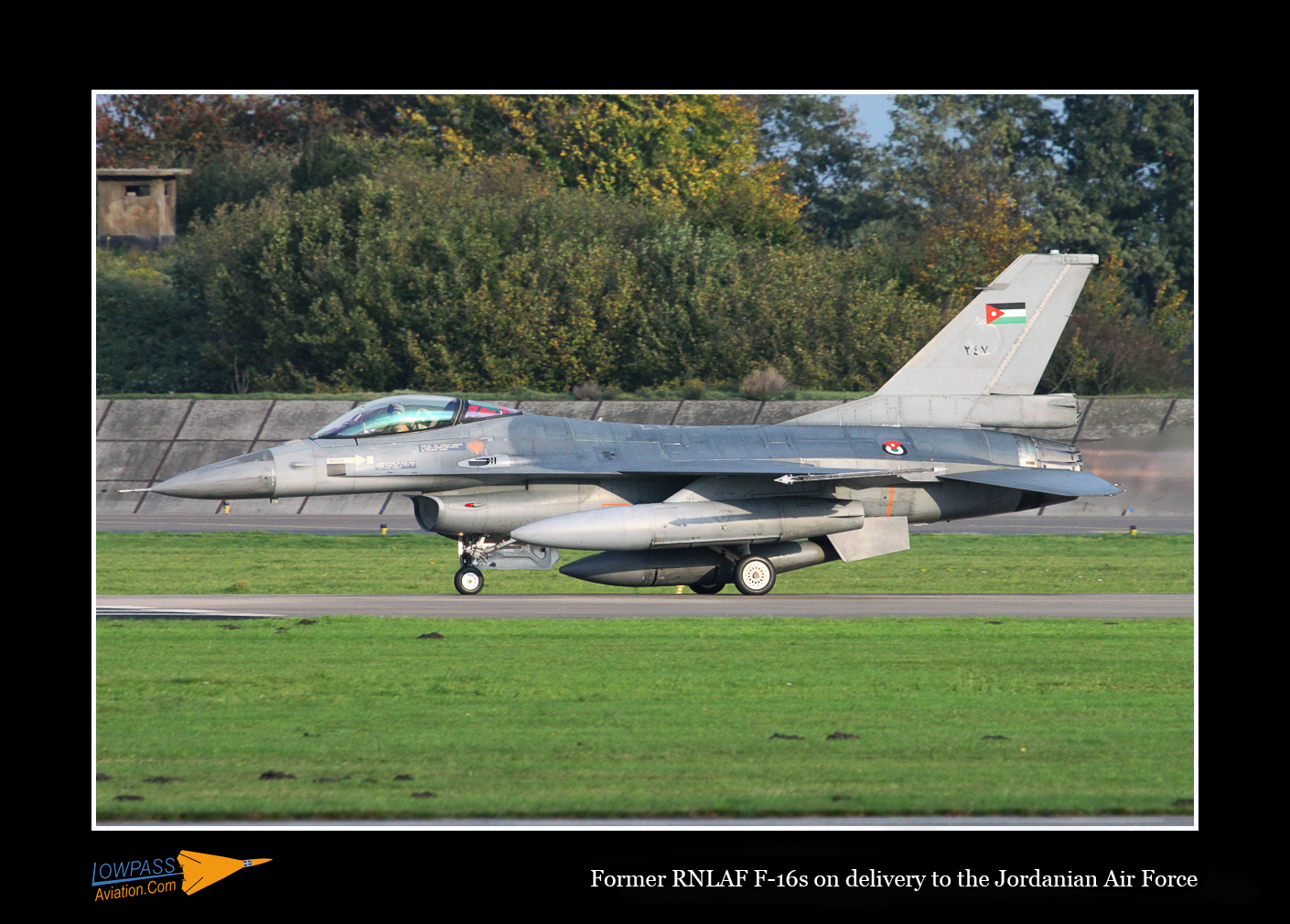 On 24 may 1975 the Dutch Government decided to buy 80 F-16 Fighting Falcons with an option for another 18 aircraft to replace the aging F-104 Starfighters. These F-16’s were build in the United States of America and was promoted as “the affordable, best fighter for any Air Force”.

In July 1994 King Hussein of Jordan signed a peace treaty with Israel and shortly thereafter the Government of Jordan began to lobby within the American Government to purchase F-16 Fighting Falcons.