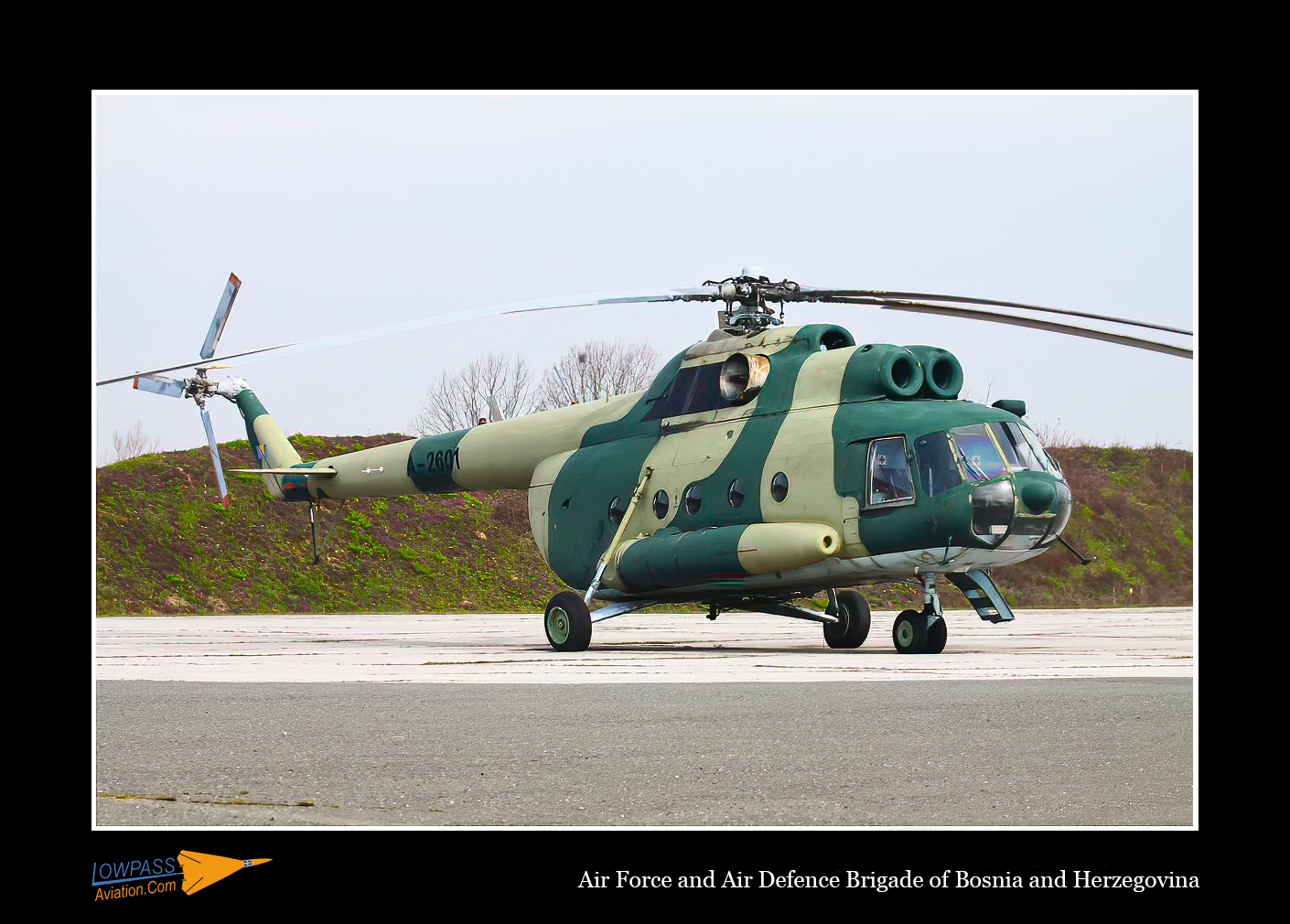 Today the Air Force and anti-aircraft brigade of Bosnia and Herzegovina maintains two major Airbases. One of the air bases is Mahovljani Air Base near the city of Banja Luka in the Republika Srpska.

Before the Yugoslavian civil war, the 82nd Aviation Brigade of the Yugoslav Air Force was based at Cerklje Air Base in Slovenia. The 82nd Aviation Brigade had three squadrons in their inventory: the 237 Fighter Bomber Squadron operating with the Jastreb attack aircraft, 238 Fighter Bomber Squadron using Orao attack aircraft and the 351 Reconnaissance Squadron operating a mixed fleet of Jastreb and Orao aircraft specially equipped for reconnaissance missions. On 27 June 1991 members of the 25 Regional Staff of the Slovene Territorial Defence attacked Cerklje Air Base with mortars. All the based aircraft of the 82nd Aviation Brigade where rapidly mobilized and relocated. That same night 65+ aircraft were flown out of Slovenia, most of the aircraft heading south to Zadar Zemunik Air Base in Croatia. Only a few days later they departed for Ortjes Air Base near the city of Mostar. Before the attack on Mostar took place the Jastreb’s and Orao’s of the 237 and 238 squadron moved to another air base again! This time they were flown to Udbina Air Base in Croatia. On August 11 1991 the majority of the aircraft relocated for one last time to there final destination: Mahovljani Airbase near the city of Banja Luka in the Republika Srpska . At Mahovljani Air Base the 474 Air Base was renumbered to the 74 Air Base and the former Yugoslav Air Force 237 Bomber Aviation Squadron and 238 Fighter Bomber Aviation Squadron were re-established on May 27 1992: the RV.I PVO. VRS ( Republika Srpska Airforce ) was officially formed. These two squadrons, which by now had undergone various changes in personnel, affecting both flying and ground crew’s, became the 27 and 28 Squadron of the RV.I PVO. VRS ( Republika Srpska Airforce ), each squadron reporting directly to the command of the Air Force and Air Defence.

The other main air base of the Air Force and Air Defence brigade of Bosnia and Herzegovina is Raljovac Airbase . This air base is located near the city of Sarajevo and houses the 2nd Helicopter Squadron. This squadron is flying the UH-1 Huey and the Mi-8/17 Hip helicopter. The OSBiH received its UH-I Huey helicopters in the late 1990s under the “Train and Equip” program. The UH-1s were provided from used but refurbished U.S. Army surplus stocks. The crews that where selected to operate with the UH-1s were trained in Germany at the German Army Aviation training school in Bückeburg. The Huey helicopters serve in the transport, SAR , Medevac and Casevac roles and are also used for training. Three to four of the 15 delivered Huey helicopters are used in active service, while the rest of the fleet is kept in storage awaiting maintenance, while some of them are used for spare parts.

Beside the UH-1 helicopters the 2nd Helicopter Squadron also operates a small fleet of the Mi-8 / 17 Hip helicopters. During our visit the squadron had 2 Mi-8MTV-1s in active service, while the sole Mi-17 was temporarily kept in storage pending maintenance work. The Mi-17 is painted in the colors of the flag of Bosnia and Herzegovina and is mainly used in the VIP role, while the two Mi-8MTV-1s are used for various tasks, like transport, casevac, sar and medevac missions. The squadrons third Mi-8MTV-1 helicopter was unfortunately lost due to a crash which took place in February 2012, while delivering relief supplies to the snow affected village of Bukvica. The Mi-8MTV-1 crash landed in an open field and was damaged beyond repair. Luckily none of the 11 passengers and crew on board were injured.

For the foreseeable future the Airforce and Air Defence Brigade of Bosnia and Herzegovina will focus on a fleet consisting only of helicopters. The OSBiH keeps some Gazelle and Mi-8 helicopters in storage from which it would like to take some back into active service. It will depend on whether budget can be made available to achieve this. Some years back there where also plans to purchase a medium sized transport aircraft, but these plans were never materialized because of lack of funds. Good news and a great boost for the OSBiH came in December 2019, when the government of Bosnia and Herzegovina announced the purchase of four US made bell UH-1H Huey II multimission helicopters. The purchase of these four helicopters must ensure that the deployability of the helicopter fleet of the OSBiH will significantly improve. 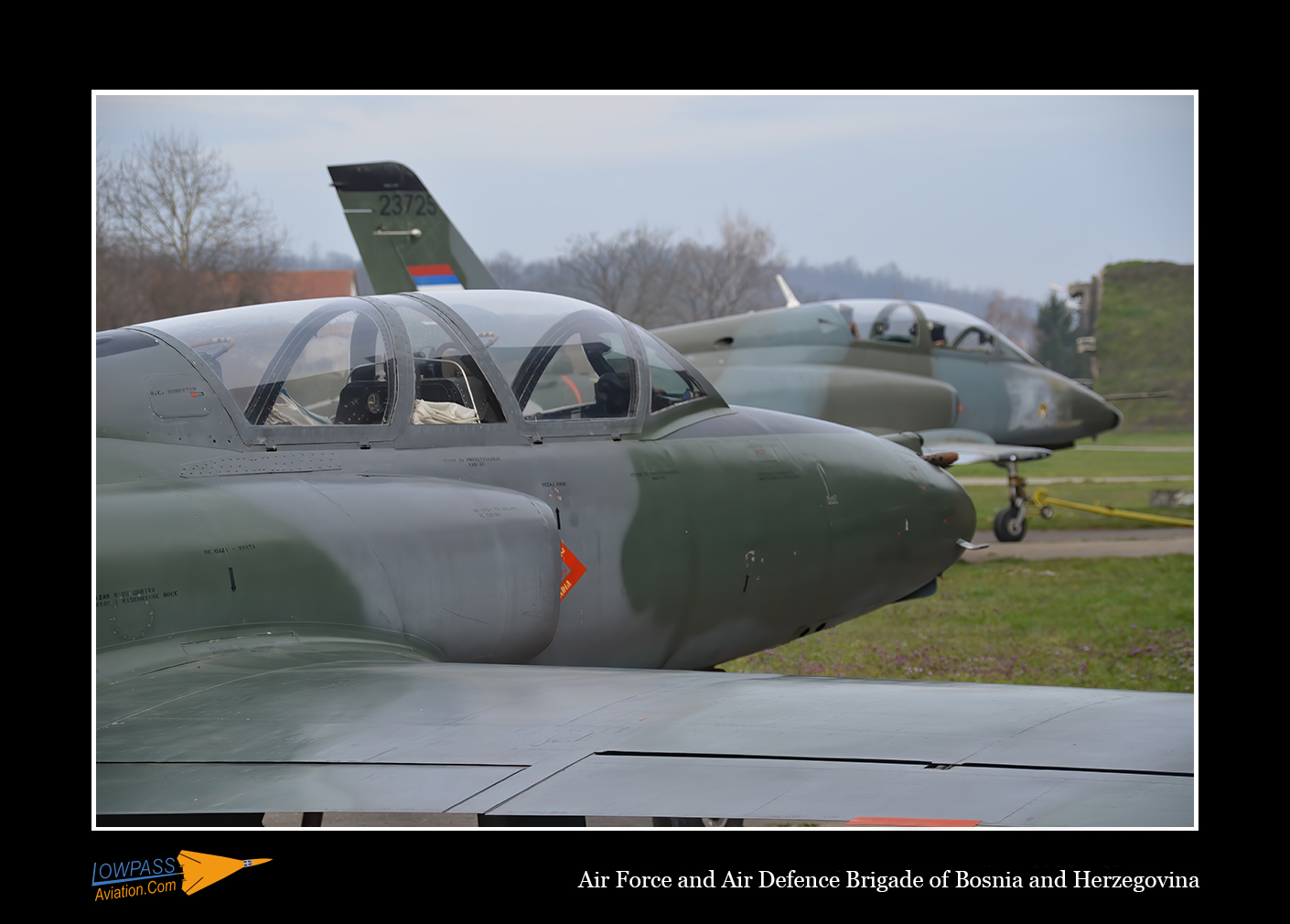