The Bulgarian Airforce organized a small event at the 22 Airbase in Bezmer home of the Bulgarian “Frogfoot” fleet on October 12th 2018. This day the base opened their gates for the personals family members, the press and a small group of aviation photographers. Lowpass Aviation.com traveled to Bezmer to witness the daily operations of the last Su-25’s active in the European theatre. 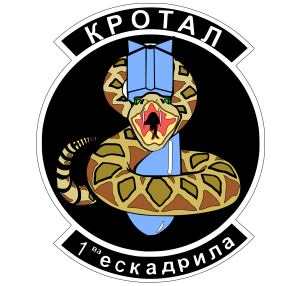 The Bulgarian Airforce once received a total of 40 Su-25’s, these comprises of 36 Su-25K single seat aircraft and 4 Su-25UBK twin seat aircraft. All of the aircraft where delivered to the BUAF in the 1980s time frame. Unfortunately more than half of the Bulgarian Airforce Su-25 fleet was withdrawn from active service in the late 1990s, mainly because they ran out of spare parts. For different reasons it was decided to place most of the retired aircraft in storage at Bezmer Airbase.

Later on, most of the aircraft that where placed in storage where sold of to the Georgian Aircraft company TAM. Fortunately the Bulgarian Airforce was able to keep 14 Su-25s in active service within the Bulgarian Air Force. This number consists of 10 single seat Su-25K and four 2 seat Su-25UBK airframes. These 14 aircraft had received an overhaul and minor avionics upgrade.

In November 2018 an agreement between the Bulgarian Ministry of Defense and the 558 State Aircraft Repair Plant ( 558 ARZ ) was signed for the overhaul and life extension for the Bulgarian Airforce  Su-25 fleet.

The contract involves the overhaul and life extension with a minor avionics and weapons upgrade for six single seat Su-25K and two Su-25UBK  twin seat aircraft .

The first Bulgarian Su-25 was airlifted by an IL-76 transport aircraft to Baranovichi in Belarus in late August 2019. The overhaul and upgrade program will be spread over the 2019-2022 time frame.

After the upgrades and modifications the BUAF Frogfoot fleet is able to stay in active service until al least 2027. In the first week of October 2019 the last of the eight Su-25s departed Bezmer airbase for the 558 ARZ  in Baranovichi. The original contract was downgraded from fourteen to only eight aircraft.

The first modernized Su-25 was expected back at Bezmer Airbase in the Summer of 2020.

Between 25 and 30 miles from Bezmer Airbase the Novo Selo training range is situated. The range has a surface area of almost 56 square miles. Presently the range is not only used by the Bulgarian Air Force, but is used by other NATO members as well.

The range has special areas for tank shooting and reconnaissance training to name a few. All of this makes it an ideal training facility for the Bulgarian “Frogfoot” crews to practice their skills. A few years back there was a shooting exercise organized by the Bulgarian Airforce in which the United States Airforce also participated with some of their A-10 Thunderbolt II aircraft.