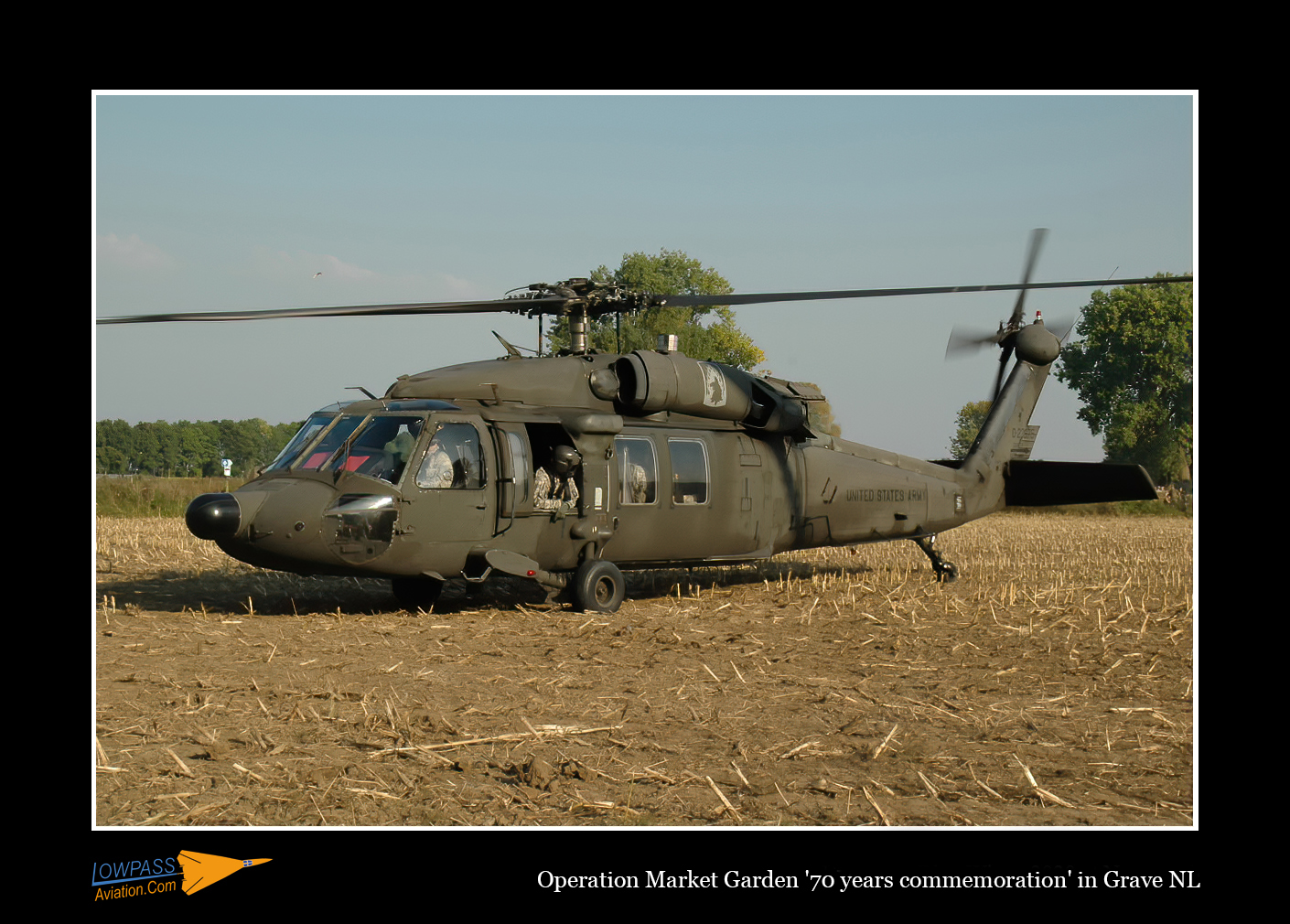 On September 17th 2014 it was exactly 70 year’s ago that Operation Market Garden began. Every year several commemorative events are held at various locations in the Netherlands where Operation Market Garden took place, also in the village of Grave where American paratroopers conquered the bridge in Grave from enemy Nazi Germany. This year it was no less than 70 years ago that the bridge was taken by the allies and for that reason a unique event was organized in Grave.

Paratroopers from Fort Bragg’s 82 Airborne Division spent around two weeks in Europe for training with other NATO countries and for the 70th anniversary of Operation Market Garden.
On September 17th  2014 the 82nd Airborne Division demonstrated an assault at the John S. Thompson bridge. As a tribute to the soldiers who fought here during the 2nd World War and to show the inhabitants of Grave and surrounding villages what exactly happened here on Wednesday  September 17th 1944.

The bridge over the river called “Maas” was a crucial point on the route of Operation Market Garden. The 504 Parachute Infantry Regiment of the US Army’s 82nd Airborne Division had been ordered to conquer bridge 11 as the Americans called the bridge undamaged from the enemy. It was the plan that the 504 PIR would jump on the south side of the bridge, conquer the south side and secure it. On September 17th 1944 the paratroopers of the 82nd Airborne Division jumped from their C-47 Sky Trains, unfortunately a large number of paratroopers jumped to early. They jumped when they were still largely near and above the nearby village of Velp. Thompson ordered his men to wait until the bunkers and field where visible. The decision of Thompson to wait made them land close to the bridge. Together with his 15 men he decided not to wait for the rest of the men as this would take too long. He decided to surprise the enemy and immediately started the attack! They took out some of the 20 mm flak guns from the enemy with a rocket launcher wounding and killing several enemy soldiers. They secured the south side of the bridge and waited for the others to arrive. Later that same day the 504 PIR took the north side of the bridge as well and secured the entire bridge. After heavy fighting with the enemy Thompson informed his Colonel that day ‘’bridge 11 is ours!’’. Only two days later the first tanks and other vehicles of the British Forces crossed the bridge on their way to the cities of  Nijmegen and Arnhem.

Having had no official name for a long time, the bridge was officially renamed in September 2004 to the ‘’John S. Thompson bridge’’ ,in honor of Thompson and his men. Many veterans of the second World War as well as Thompson’s wife attended the ceremony. 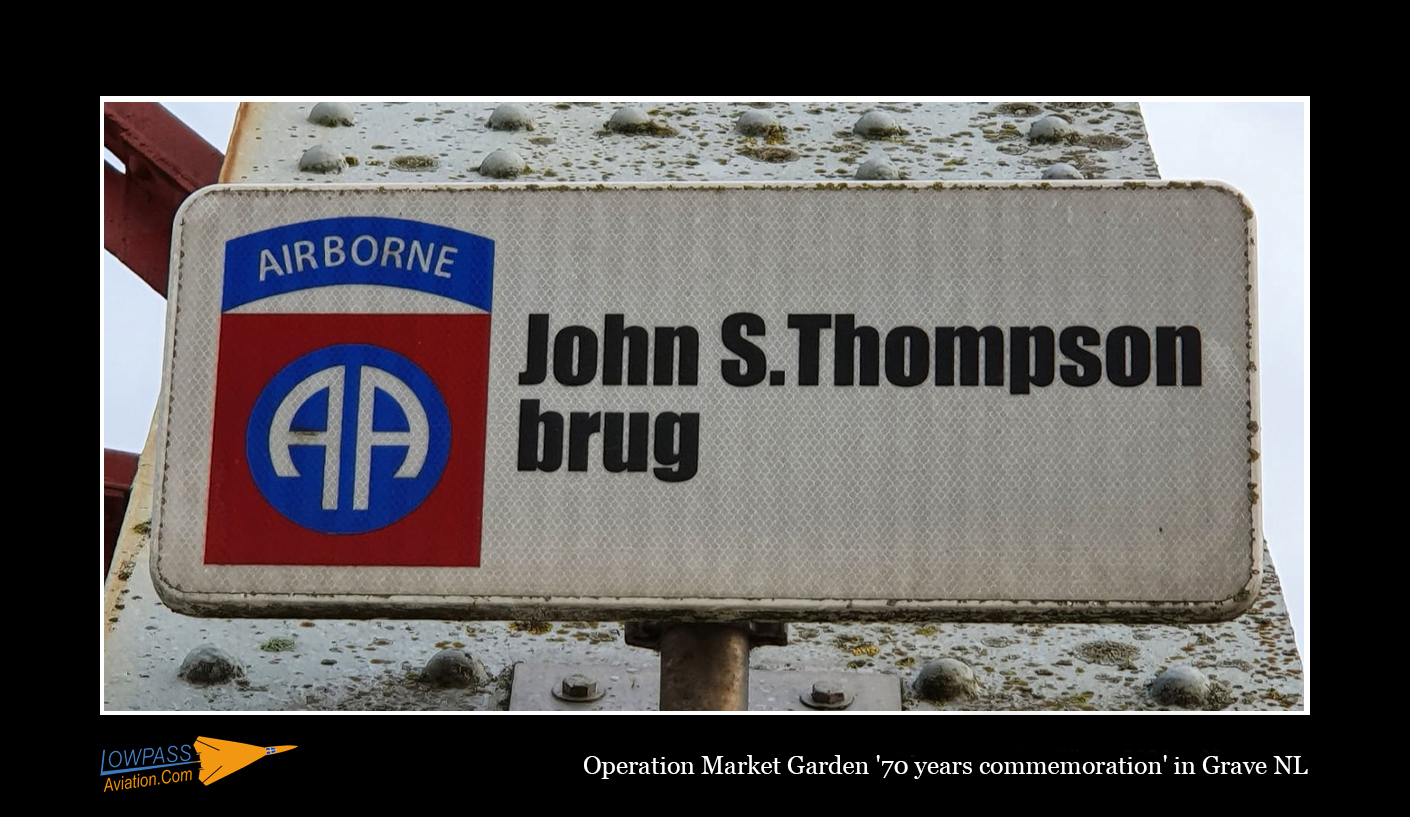 During the demonstration of the assault at the John S. Thompson bridge paratroopers from the 82nd Airborne Division worked closely together with members of the 12th Combat Aviation Brigade of the US Army Europe and where using 5 UH-60A Blackhawk helicopters of Company A of the 214th Aviation Regiment based at Wiesbaden Army Airfield in Germany. The Blackhawk helicopters dropped  the troops close to the bridge. While parachuting teams concluded their anniversary jumps from two World War II era C-47 Aircraft. After the Blackhawk helicopters of the 214th landed, paratroopers assigned to the 501 Parachute Infantry Regiment of the  82nd Airborne Division took action and reenacted the assault on the bridge. Much of this happened in the same way like the  504 Parachute Infantry Regiment of the 82nd Airborne Division from John Thompson and his men did during Operation Market Garden during that unforgettable Wednesday on September 17th 1944!.

This unique demonstration was a very nice tribute to the soldiers who fought here during the 2 nd World War and at the same time a great training opportunity for the soldiers that where participating in the demonstration. Also for the many people who came to see the demonstration it was a great opportunity to see in real life what exactly happened at the bridge in Grave during the 2nd World War, and for the young people an important history lesson we should never forget!

The author would like to thank Evert Vos of the municipality of Grave for his time and help. 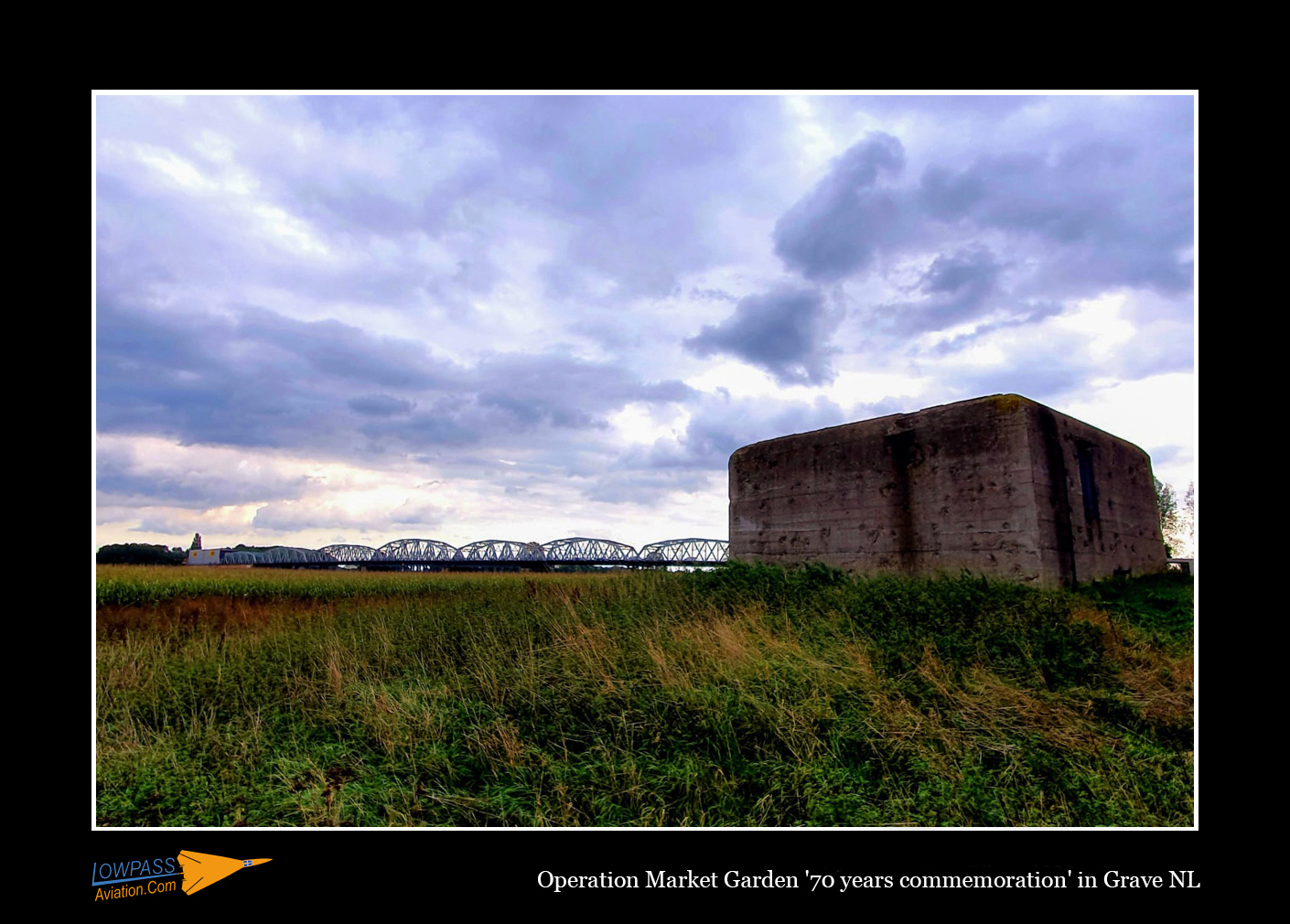