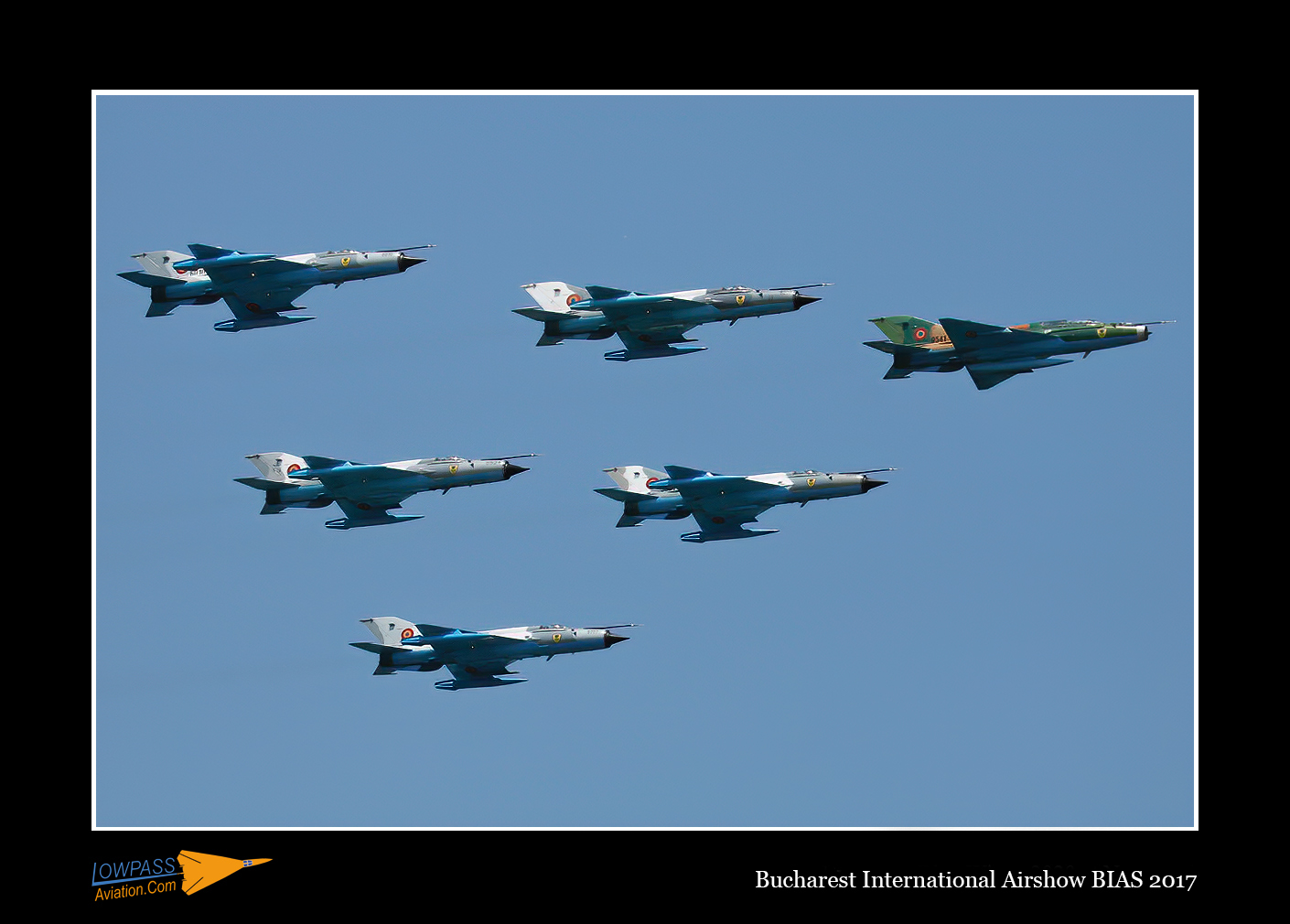 In August 2017 Lowpass Aviation traveled to the Romanian capital Bucharest. Beside the impressive capital of Romania, which is definitely worth a visit, the Bucharest Airshow also takes place here every year. After reading several good things about this Airshow we decided to visit the 9th edition of the Airshow by our self, to see what this event is all about.

This was also clearly visible during the 9th edition of the Airshow, which was attended by thousands of people despite the heat present during the show, most of the audience was present from the early morning until later in the evening when the flying program ended.

The organization of the Airshow works closely together with various partners and sponsors such as the local based aircraft maintenance company Romaero and the national airline of Romania Tarom.

The Romanian Airforce is massively represented during every edition of the Airshow, and makes a major contribution to the event , for example, there are a large number of aircraft and helicopters  from the Romanian Airforce that participate in both the flying program and the static display, types like the upgraded Mig-21 Lancer,IAR-330 Socat, IAR-99 Soim  and IAR-316 can be seen, most of these aircraft and helicopters are also taking part in the flying program. 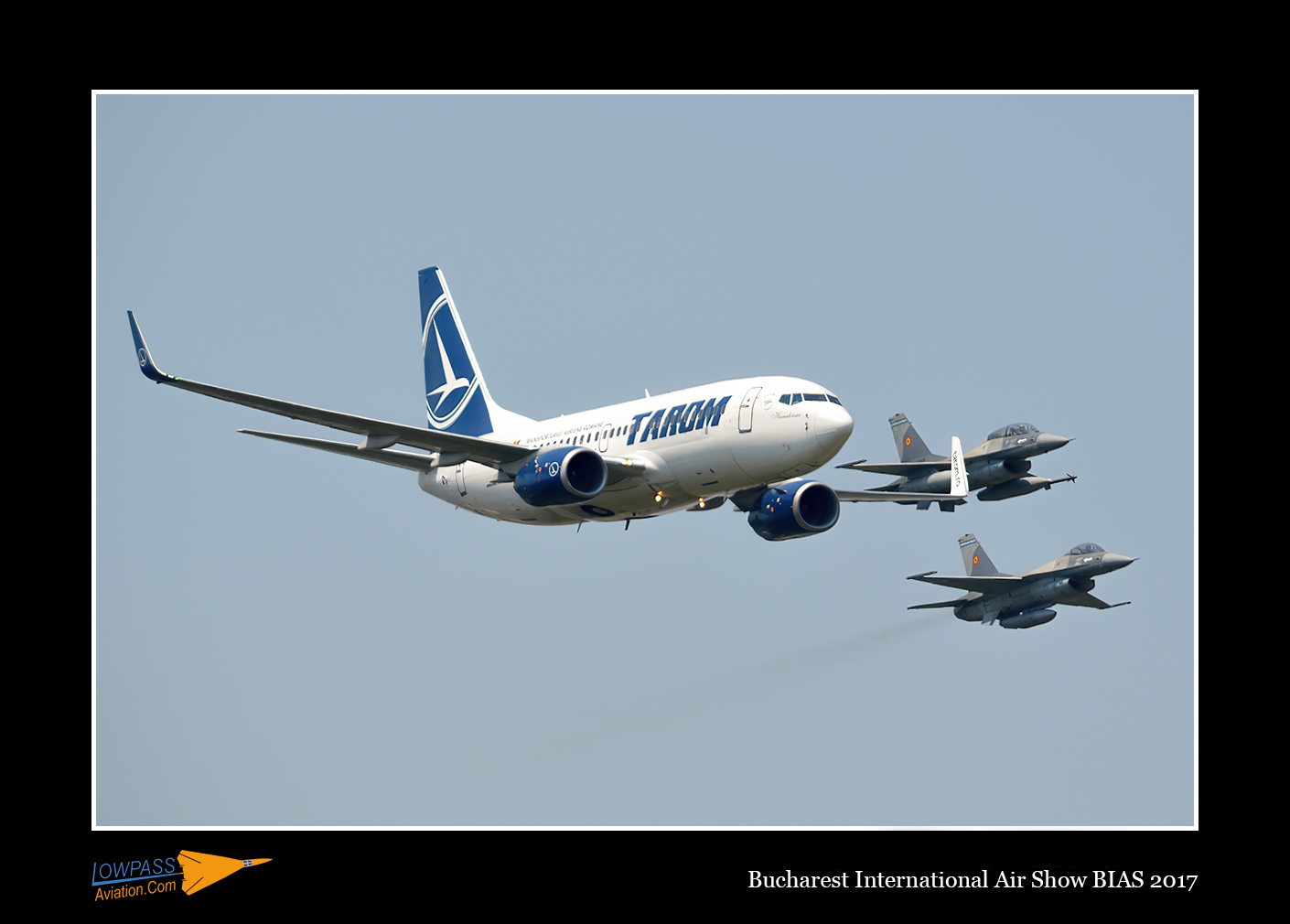 A special moment that is held during every edition of the Airshow, is the flying display of one of the Boeing 737 airliners from Tarom  together with a couple of fighter jets from the Romanian Airforce.

Foreign participants also know to find the way to the Airshow, during the 9th edition of the event in 2017, several aircraft from friendly partner countries where participating in both the flying program and the static show. The Polish Airforce was present with their F-16 and Mig-29 Fulcrum fighter jets which both took part in the flying program, The Turkish Airforce brought their F-16 ‘Solo Turk’ Display team to the show .While The United States Air Force Air National Guard could also be seen, as they participated with some F-15C/D’s from the Louisiana and California Air National Guard and took part in the flying display and also had an F-15 on the ground for the static display. Except for all the military participants that could be seen, there were also a large number of other aircraft and helicopters participating in the show, The Romanian Aeroclub which is also one of the main organizers of the BIAS showed some nice aircraft from their Aeroclub inventory, there was an Antonov An-2 Colt biplane an Sukhoi-31 aerobatic plane and a Kamov KA-226 helicopter that participated in the flying program, especially the last mentioned the KA-226 is a special appearance and you don’t actually see it appear anywhere at an European Airshow.

The flight program already starts at 9 o’clock in the morning and goes on till late in the evening. The last displays of the show therefore take place while it is already dark!

The displays that are flown in the evening consists of a number of impressive displays where often a lot of flairs and fireworks are shown, while you nowadays pay quite a lot of entrance money at most airshows, the entrance to this Airshow is free which can be called quite rare nowadays.

We where very impressed with the flight program of the Airshow which really last all day long, also the possibilities for photographing the flying displays are outstanding.

If you are looking for an airshow with a good flying program and where you can expect some nice types of aircraft and helicopters, then this is the place to be.

Our special thanks go out to the organization of the Bucharest International Airshow making it such a nice event.